ESTE Fukushima is information system and software for radiological impacts assessment to the territory of Fukushima Dai-ichi NPP vicinity (also to the territory of East Asia countries) in case of radiation accident/incident. System enables to estimate prediction of the source term (release to the atmosphere) for any point of radiation/nuclear accident. Radiological impacts of release to the atmosphere are modeled and calculated and displayed in the geographical information system (GIS). Information about threat of impacts (especially information about possible threat of urgent protective measures) to the vicinity of the place of incident/accident (Fukushima Dai-ichi) is automatically generated by the system. ESTE Fukushima is a clone of ESTE EU and the software is implemented at the State Office for Nuclear Safety, Prague, and at the Incident Emergency Centre of the IAEA, Vienna.

- Data regarding Dai-ichi reactors are taken from PRIS database and other (IAEA) sources.

- Reactor core inventories (before the event) are calculated for every reactor, even for reactor with "Pu fuel", and implemented in the system (Origen/Scale 6, ABmerit calculations).

- Spent fuel pool inventories are calculated for every Dai-ichi reactor and implemented in the system (Origen/Scale6, ABmerit calculations).

- User can choose the source term (from the pre-calculated delivered database, or own source term) or the conditions of the source term, and generate release at own chosen effective height (or at many various effective heights, any number of puffs can be generated at the same time or at some time sequences, at various heights), to perform some basic calculations of impacts in the vicinity of Fukushima (by PTM model, up to 1500 km from the point of release).

- Prediction of radiological impacts. Movement of predicted puffs is modeled up to 7 days from the time of expected beginning of the release.

- Trajectories of hypothetical puffs, under assumption that effective height of the movement of the puff is at the height of (approx.) 100 m, 500 m and 1500 m above terrain. Trajectories are modeled from the beginning of release up to next 7 days. Trajectories can be calculated from any point on the map. Starting time for the trajectories is a priori set as actual time, but starting time can be changed by the user to any last or future time. For calculation of trajectories and impacts, the nearest known numerical weather prediction data (the nearest in time and nearest on the map) are used by the ESTE system

- Predicted impacts of predicted release (expected, but maybe never realized release) are calculated and displayed on the map for various time steps since expected start of release. 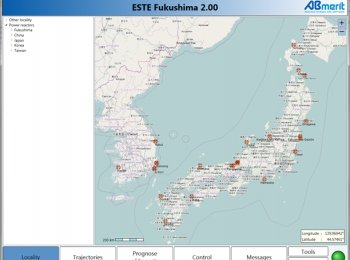 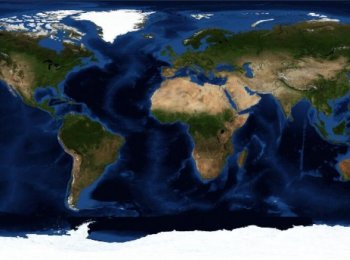 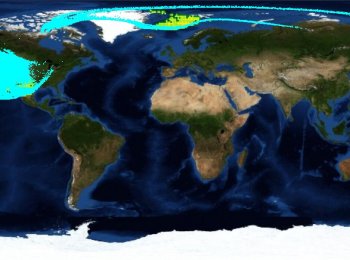 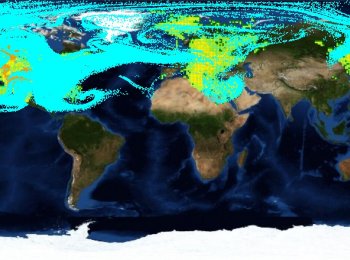 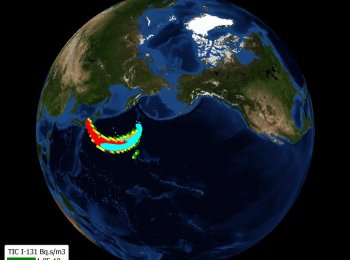 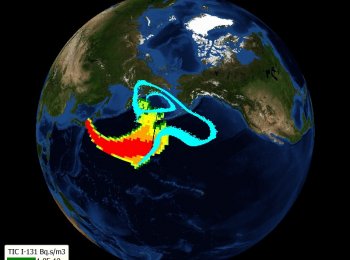 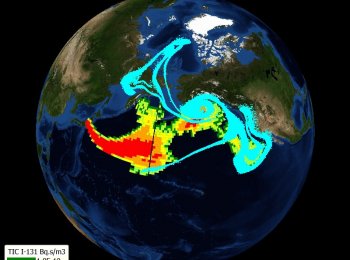 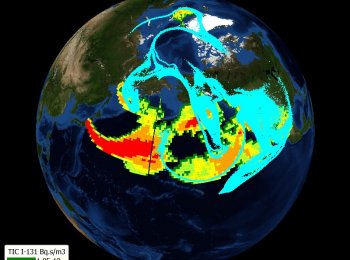 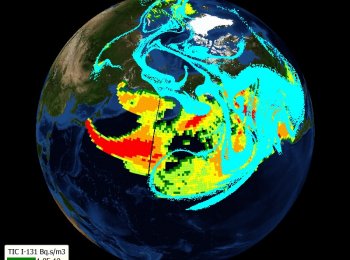 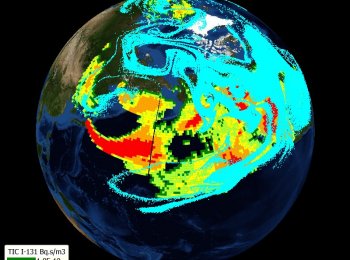 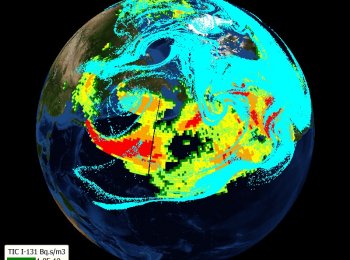