ESTE AI is a system for calculation of radiation doses caused by normal operational NPP effluents to the atmosphere and to the hydrosphere.

Doses to the members of critical groups of inhabitants in the vicinity of NPP are calculated and as a result, a critical group is determined. The system enables to calculate collective doses as well. Collective doses to the inhabitans living in the vicinity of the NPP are calculated. ESTE AI calculates doses to the whole population of the country from the effluents of the specific plant. In this calculation, global nuclides are included and assumed.

The tool ESTE AI was approved by the “Public Health Authority of the Slovak Republic” and is used as legal instrument by Slovenske elektrarne a.s., NPP Bohunice. 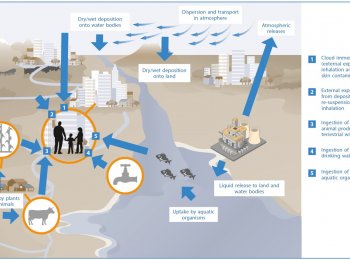